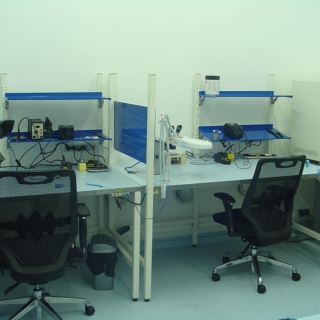 The Creotech Instruments S.A. company was created in 2008. It was founded by three former CERN (the European Organization for Nuclear Research in Switzerland) scientists from Poland. The main goal of the company’s activities is to create its own electronics which meet non-standard requirements for users, both the most demanding ones (among the customers are scientific institutions from the whole world) as well as for the general market usage. The company realizes its goals in four branches: – Time synchronization systems – M2M systems – IP camera systems – Remote control power supply systems and IP measuring systems

It is worth noting, that equipment designed and built by Creotech participated in the famous experiment, which aimed for high accuracy measure of neutrino speed. In 2011 scientists from CERN and Grand Sasso based on data obtained by previous generation measurement instruments announced the rebuttal of Einstein’s Special Theory of Relativity. With the equipment designed with significant contribution of Creotech, it was demonstrated, that the former results were false. Creotech offers equipment for VME, PCIe, uTCA platforms as well as stand-alone systems. Systems of time synchronization, where the company participates in project supervised by CERN.

AREAS OF ACTIVITY IN THE SPACE SECTOR:

MAIN SPACE-RELATED PROJECTS:
In the beginning of 2013 a new chapter began for the Creotech company: the start of cooperation with the Space Research Center and ESA. The result of this cooperation is the creation of a certified laboratory and assembly workplace dedicated to space related projects. Creotech Instruments will especially conduct the assembly of elements, which will be later integrated with satellites. The first small contract for the assembly of International Space Station elements has already been signed.
We hope to get further contracts this year after getting new certification levels. In the future we do not wish to stop at circuit assembly. The Creotech Instruments company has much higher ambitions – design of advanced equipment, with in-space and ground observatories applications for space projects. Step by step we go towards this chosen direction. We also wish to further develop our competences in the construction of specialized digital cameras. As for now our know-how and developed technologies allow us to create within a short time a camera equipped with every optical sensor and interface available on the market. Together with the Space Research Center we also apply for funding within the PBS program of the National Centre for Research and Development. The aim of the proposed project is to design a new generation computer for space missions.